When did you start playing The Mana World?

Also, how did you hear about this game and how long has it been since you played last? Oh, and for a bit of Nostalgia could you post one of those Long Lost Screenies you have? I started playing in 2014. I had just installed Linux Mint Cinnamon and was searching the software manager for RPGS to play ...

Re: Some fun Screenies 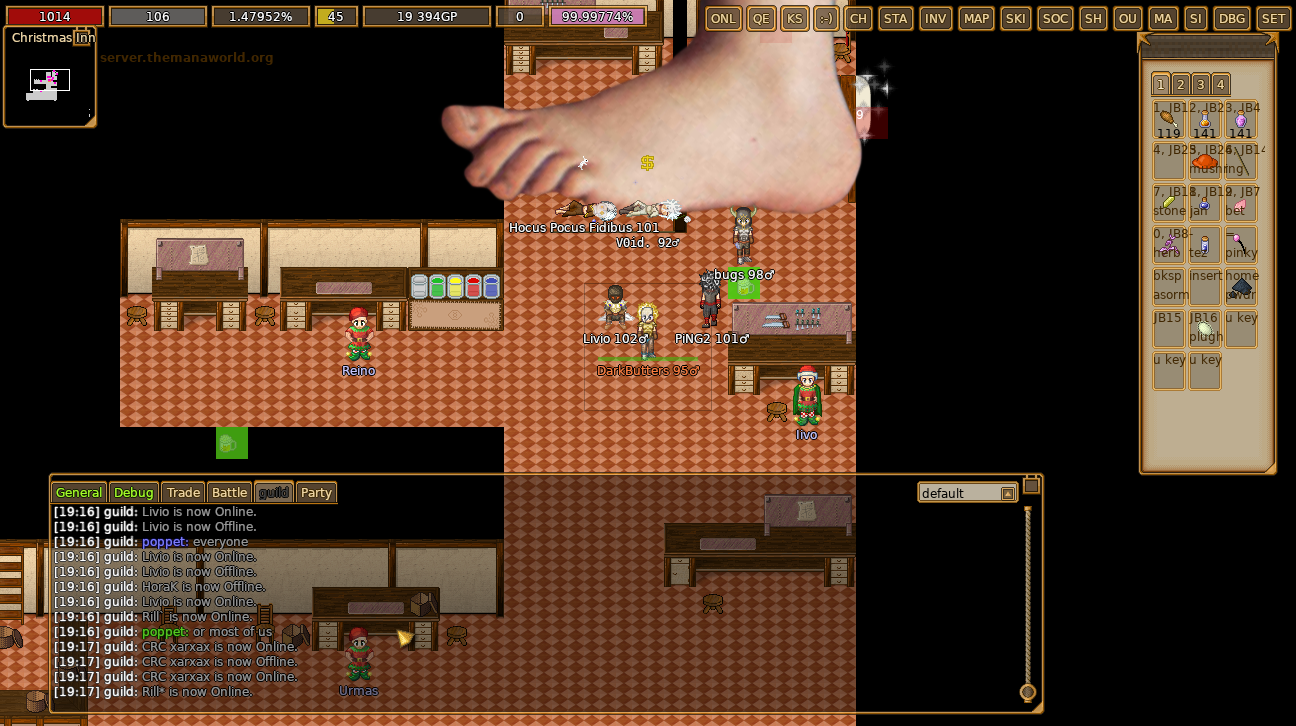 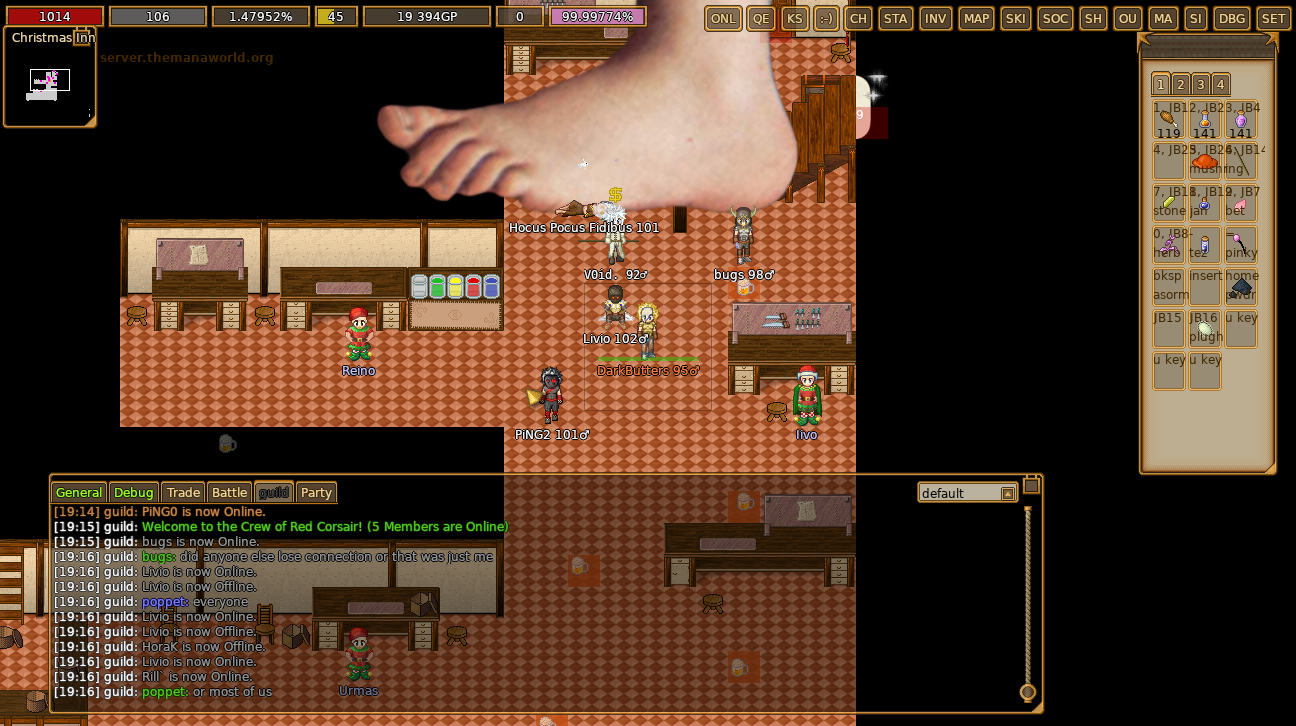 Re: After the Day of the Fool, Wear Something Cool & TMW Anniversary

The outfit I wore for the contest. 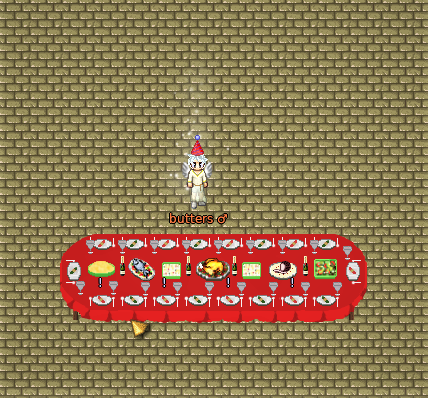 Photos of the anniversary party with rhyme.
They came one by one to have some fun. Now only a few remain for one more trip down memory lane. 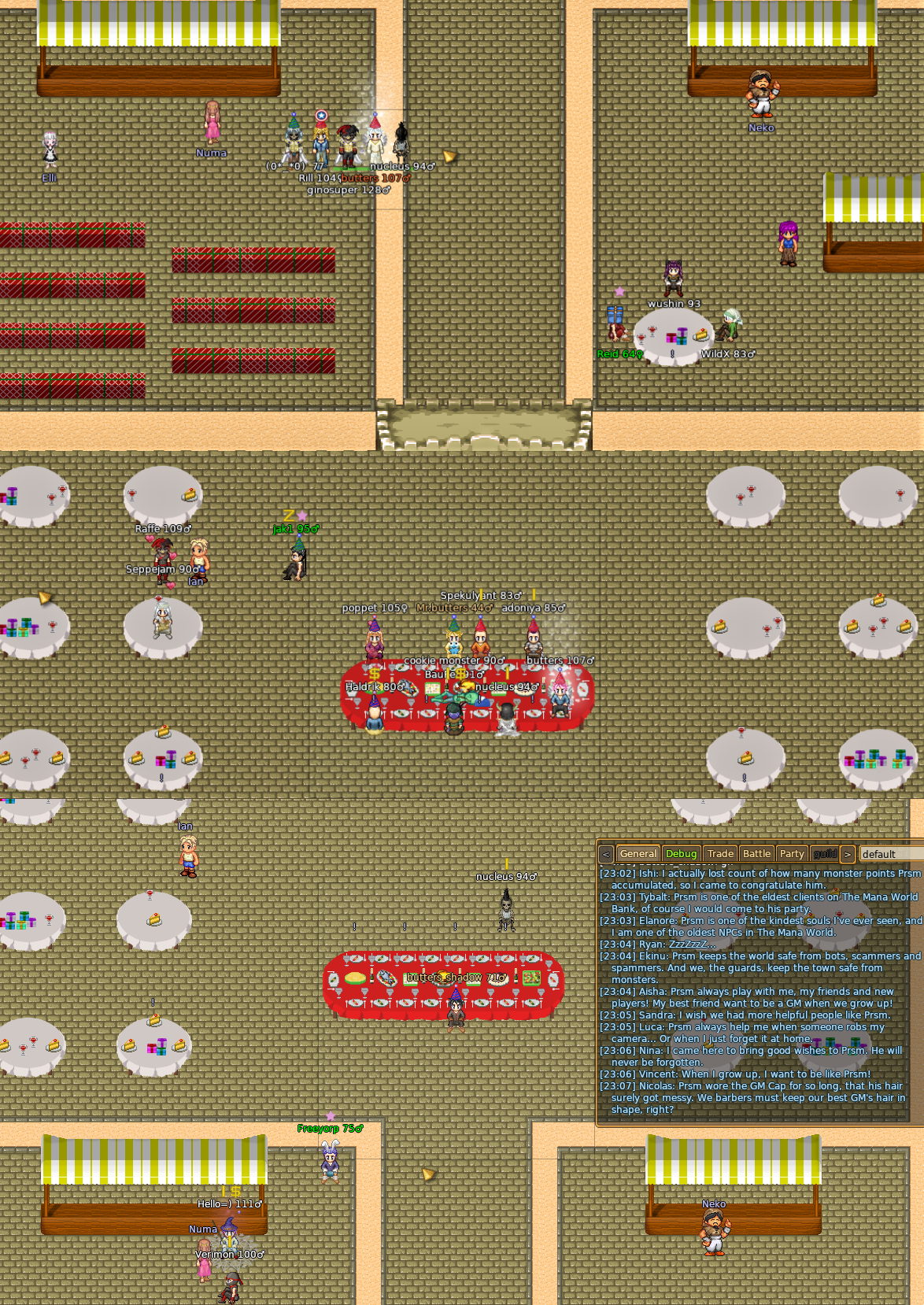 By a Cave Cindy's story is told.
Came down mountainside, yetis most bold.
A girl, hero must save.
From a prison most grave.
In a cage, a young girl, yetis did hold.

He sees an old man hunting in terra land.
For a task, He offers his weapon in hand.
700 terras Hocus slays in a day.
Pocus must focus, only 800 more to flay.
And for a fine new blade, mask did he trade. An Easter egg/scavenger hunt. Place easter eggs/items ( https://wiki.themanaworld.org/index.php/Legacy_Easter_Items) and tooth brushes all across The Mana World (Gm Island too) and spawn mobs to protect them. You could trade a single item for a reward or collect an entire set for something better. I...

A limerick by Butters

There was once a man that boasted.
He liked the bat wings that he toasted.
He cooked them quick.
Three on a stick.
And a bounty on them he posted.

here are screen shots of a few of my settings. Enable gui opacity and the opacity slider are the only settings i changed after reinstall.

I am having trouble with the opacity settings my character, mobs and npcs become translucent when you move the opacity slider up and down then click apply. I uninstalled and reinstalled my client and still have the same issue. GNU linux was able to reproduce the bug by moving the opacity up and down...

Re: Event on Monday November 20th

Will there be double exp too?

Re: Event on Monday November 20th

i bee there waiting

I've been playing and beating RPGs since the 8 bit Nintendo with zelda hit the shelves. Many of them more than twice and they all begin like this.... START NEW GAME You don't get to continue till you have played for a while. I can only think of a few titles that allowed you to transfer data from a f...
Search found 42 matches