All development of pixel art, maps and other graphics.
Post Reply
20 posts

The concept is great and the lava tiles are beautiful, but I see room for improvement.

Lighting:
The lighting is coming from the magma tiles, not the top-right. The tiles are inside a cave, thus making the top-right light source (the sun) hidden. The light should come from the bottom with a hot colored glow and should decrease in intensity as it gets further away from the magma.

Rocks:
The top of the rocks are too circular and seem man-made. If they were given a little irregularities they would appear more natural. Perhaps small areas at the top of the pillars where magma hardened while dripping off. I also really like Crush's example, it puts these words into pixels.

The color of the rocks is nice, because the dark-grey implies basalt, which has a very high melting point and could withstand magma. Basalt is often found in subtle shades of dark blue and green as well, and that could give them a little more contrast. The cooler colors of the would contrast with the brightness of the magma.

Other:
Some transition tiles between the magma and hardened rock would look nice. Maybe some rock build-up around the bases of the pillars would eliminate the need for those.

Crystals are formed by slowly cooling magma, so crystals could be embedded into some rocks. Either that, or large crystal formations could be decoration for some deep caverns.

Bridges between rock islands would also be nice.
Top

I'm not forgetting about that. Here are new versions of the ground and face cliff tiles i came up with looking at how they do it in Wesnoth. What i have in mind is two versions of the tileset, one fading in darkness, another one with lava instead. 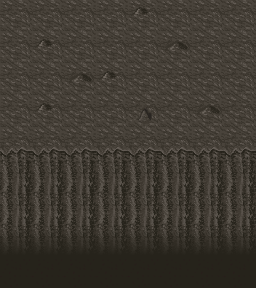 arikel wrote:I'm not forgetting about that. Here are new versions of the ground and face cliff tiles i came up with looking at how they do it in Wesnoth. What i have in mind is two versions of the tileset, one fading in darkness, another one with lava instead.

this all looks relay good to me .....i really like the new cliff and the bumps on it but it seems to me to be a bit grid looking on the floor.... the floor texture of your first one was better imo,but laking the bumps...a cross between them would rock!

Hi skipy, thanks for the feedback. I'm surprised you prefer the first ground tile i had made, i find this one much better, still griddy as you said, but i prefer its texture. I'll see what i can come up with "mixing" those two.
Here's a little more to see, it's just some testing, i'm not sure how to shape the tileset yet. 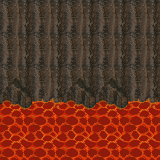 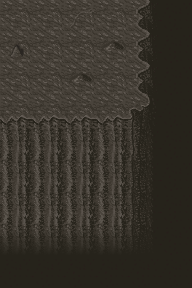 Wow, really nice. I especially like watching the lava, its very hypnotic. I'd probably go to a lava cave in game just to watch the lava.

Re the cliff, the new one is great with lava and fading off. The fading can even work as an alternate for the existing tileset, without adding the lava of course.

I kind of liked the first one though. Maybe if you made the pillars more geometric and the inner floors as well. Take a look at these images of naturally forming basalt:
http://centripetalnotion.com/2007/07/21/20:50:54/
Top
Post Reply
20 posts