by Jaxad0127
I've rearranged the main snow tileset, giving more room for new tiles and centralizing all ground tiles in this one set:

I've put in some placeholder tiles for some missing transition tiles between ice and water. It could still use some fine tunning, as well as more tiles (like the other four cliff directions).

EDIT: this basic arrangement with new snow tiles has already been committed.
by Len
It's my understanding that rearranging existing tiles can break the maps currently using them.
by Jaxad0127
Yes. The current snow sets are rather small. And it would be best to redo them now, before we have too many maps using them. Besides, this one has a different name, so adding it wouldn't break anything.
by Matt
Is there any reason why tilesets have to be 512x512px?
by Peacemaker

Matt wrote:Is there any reason why tilesets have to be 512x512px?

It doesn't have to be square, but it's best if each side is a power of 2. The officially supported images sizes are listed here: http://wiki.themanaworld.org/index.php/ ... evelopment
by Matt
Well they could be 1024x1024 then

Well, 1MB RAM usage or 4MB shouldn't be a problem.
by Crush

jaxad0127 wrote:Besides, this one has a different name, so adding it wouldn't break anything.

Having two redundant tilesets would be even worse.
by Jaxad0127

jaxad0127 wrote:Besides, this one has a different name, so adding it wouldn't break anything.

Having two redundant tilesets would be even worse.

We'd have duplicates only while the original is still being used. We can phase it out this way.
by Bjørn
I think in the future we will just have to develop a tool which allows us to rearrange tilesets and then defines a tile-id transition table which can be used to fix all maps which use the tileset. In the meantime, it doesn't make much sense to rearrange tilesets unless the amount of map fixing work is somehow small compared to the time savings gained by the new arrangement. 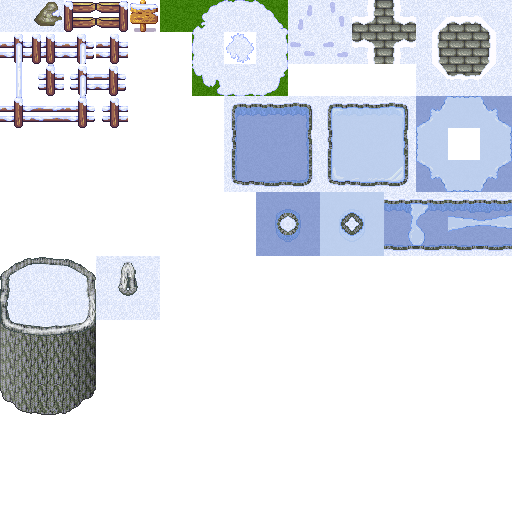 
Btw, I find it so odd that almost everything in tmw looks "gardened" so I edited the lake a bit for a true asymmetrical feeling of melting ice. 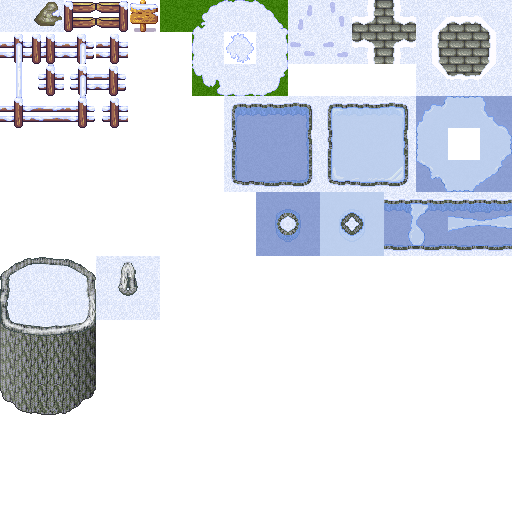 by kr0n05931
Added the fence from the woodland tileset: 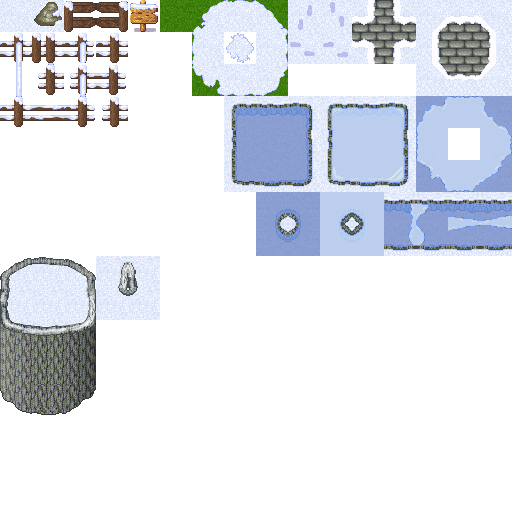 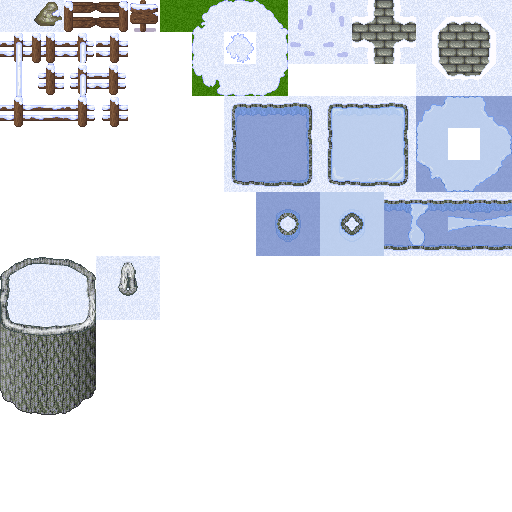 by Crush
How about ripping some pixels from here:
http://forums.themanaworld.org/viewtopi ... 49&p=42480

by kr0n05931
Facelift for the house, and added some tiles from the previous revision:

(please ignore non-wooden/metal objects in the tileset, refer to the rearranged version above for those)

by Crush
Why don't you use these ground tiles?