All development of pixel art, maps and other graphics.
Post Reply
52 posts

there it is...i put some thing on his face so to be more boss like ....if you dont like that part i can remove it.... 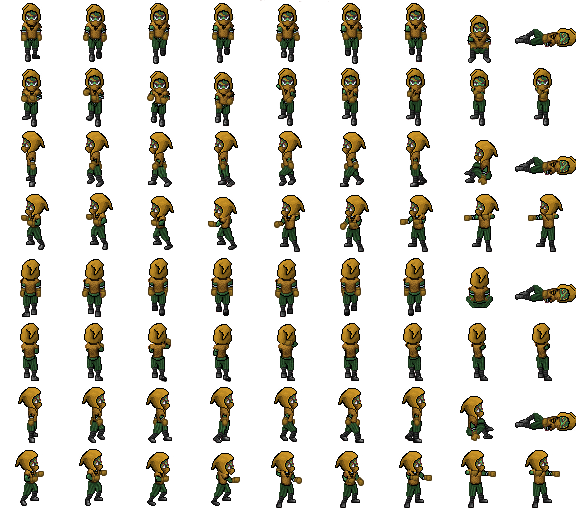 back to working on---> (crypt)then(player 1.5) and more. *been on hold do to my laptop being fix* any feel free to add/help. ill be up and working as soon as i can ...good luck to all.

Yeah, this looks great. Thanks skipy

...on to other things..
anything unforeseen needs changing let me know

If we're creating an archer and if you wanted to use a bow and find a way to introduce the desert bow this would be a logical way to do it.

Makes really good idea. The bow have to be stat adjusted to fit the lvl of the boss.
MerlinX420
Computer games don't affect kids, I mean if Pac Man affected us as kids, we'd all be running around in darkened rooms, munching magic pills and listening to repetitive electronic music. Has anybody seen this princess I'm looking for?
Top

Bandit and bandit lord are being introduced for level 30-40 characters. I like their art a lot and almost want them to be a level 90 threat, but we can always build another humanoid monster in the future that would be for higher levels. The terranite right now is good for higher level humanoid threat. Also whatever humanoids get added to Kaizei will also work.

Desert bow can be added as a piece of equipment in the future, but I need to ponder where and I'd prefer not to rush it out. This and the rock knife can be part of a new desert release in the future, but I really really don't want focus to turn here until we get everything else handled. We still have the bandit cave, the GY Inn + Crypt, Snowland and the Wizard's Tower to think of.
Current character is "Abolish".
Top

MerlinX420 wrote: I don't know if it would be possible but maybe you could have it where the bandits are half opaque and are in "stealth" until you get within range.
That way you kinda get ambushed by the bandits as you walk up on them.


Is this mob type going to be used? If not I would like to use something similar for the crypt. It wont mater if clients can detect it, since it would mostly be there for atmosphere. I would just have an empty frame for standing, 10-30% alpha for the walk frames and 50-70 alpha for the attack.

About stealth, couldn't the default client use the "target closest mob" to find then anyway?
Top

nmaligec wrote:About stealth, couldn't the default client use the "target closest mob" to find then anyway?

Yes. Trying to create client-sided annoyances only encourages people to circumvent them and that lowers the border for further optimization of your client. Try to remember the base principle: you cannot trust the client in anything.
This message used to be meaningful.
Top
Post Reply
52 posts