Got something on your mind about the project? This is the correct place for that.
Forum rules
This forum is for feature requests, content changes additions, anything not a Bug in the software.
Please report all bugs on the Support Forums
Post Reply
4 posts • Page 1 of 1

the pvp in TMW

i asked to many players. why u dont do pvp- and the players says : cuz is boooooring and cuz is in tulishmar :S
and other things --
we need a pvp arena in hurnscald but better one- idk with something to Betting money and the winner get idk something cool and better

I am against unrestricted PvP in level areas. Although good PvP systems can be great fun, participation should be optional because a lot of players don't want to participate in PvP combat because they want to play MMOs for the social- and cooperative aspects and do not perceive them as competitive games.

So PvP should be clearly separated from the PvE areas of the game.
Please do not send me any inquiries regarding player accounts on TMW.

I always though PvP would be best served in a semi-restricted way through a "challenge" system set up like the trading system. Some one can issue a challenge the other can accept and then they can beat on each other. And to keep people from spamming challenges you can have an option to ignore all challenges.
"Too much of a good thing is an awesome thing, but too much of an awesome thing is, um, really really dumb. And bad." Strong Bad
Top

How about a new pvp map that can be reached through the cave or dead ends on the southern part of 9-3 (making it 9-4 or 9-5)? It could have a small lake in the middle, with a suggestion that light is leaking through, so the following could spawn there at a slightly higher rate than elsewhere: clover and herbs. Add a sea slime spawn near the lake as well while yellow slimes could spawn further away from the light source, since they are underground monsters. Also add more difficult monsters, like jacko, skulls or any of the new ones that are close to boss level. I think a PvP/PvE combo that is close to a social hub like Hurnscald would help. It has only a few advantages to attract, it wouldn't offer anything that over balances the area imo. 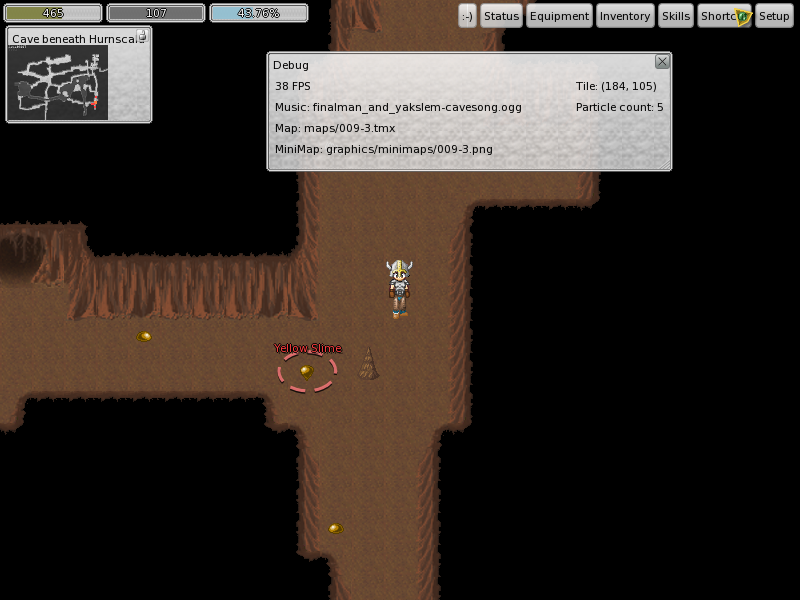