Yet another tileset i started working on... 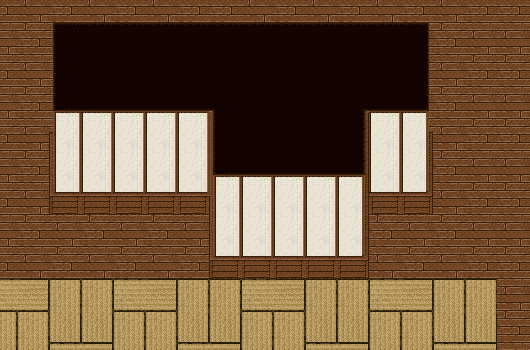 I love, its awesome

PS: I needed an indoor tileset, continue it :3
</stealer>
"Time is an illusion. Lunchtime doubly so."
-- Ford Prefect
Top

A good start, advise, Since the japanese walls are made from paper, there are reflections and shadows of plants and ornaments, perhaps you could try something like that.

Some of the pottery is quite large, but might work in an oriental themed tile set...oh yeah its all my work and can be used anyway you want.
Top

I really nice tileset. Will you add doors/openings? A low table and futon beds would be cool too.

Salmondine: For the pottery, if you add some floral patterns it would fit right into the Japanese theme. just google Japanese vase images to see what I mean. It would be totally awesome if you pulled off something like the stained glass windows you did.
Top

Sure i plan to add entrances, exits, stairs, and pieces of furniture, beds, tables and stuff... It might take some time though, cause i also started to think about the matching exterior tileset... Thanks for the suggestions.
Top
Post Reply
6 posts • Page 1 of 1