All development of pixel art and graphics
Post Reply
106 posts

I'd like the magic chanting / preparation to be a one frame pose in which the player character simply joins its hands together.

Something to take into account is, how will it look like if something is equipped or are we just going to hide it for the time being for reasons of simplicity in animation work. 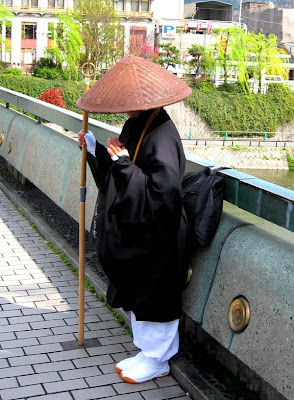 This message used to be meaningful.
Top

I claim no authorship on any frames in this playerset.
Top

Does it really need the first frame? IMO would work good enough with just the swing without the preparation frame. The last frame of the swing can be recycled for swing preparation in an animation cycle: essentially you just leave the frame there before the next frame of any animation comes. Especially since in this ready frame the hands are separated and not on the same hilt.

Also, are we going to go with a handmade motion blur trail when it comes to swings? IMO a really good tool to use. Helps relay the effect with less frames and most people think it also looks rather cool.
This message used to be meaningful.
Top

Thats sometimes even more work. anyway sorry I have been doing lots of schooling and Have not been on. I will try to get my-self cought up and see what I can do here there are other thing's that I have to do IRL

meway wrote:Did that last night in irc oh yea sorry for whoever caught the brief of that.

1.) Two hand swing attack
2.) Attack animation for weapons which have a long stick in them
3.) prep magic

This is what is to be added? Completely or just for CR1?

Just to clarify, is there an absolute (complete) list of animations that the player set will have?
Top

Johnp to answer your question those are the most important ones there. If you feel the need to make any other suggested you are welcome too but it is apparently vital we get these ones done.
Top

John P wrote:This is what is to be added? Completely or just for CR1?

Just to clarify, is there an absolute (complete) list of animations that the player set will have?

We're going to have a full playerset for CR1. Don't really care what other projects use it: this is GPL after all.
This message used to be meaningful.
Top

Rotonen wrote: We're going to have a full playerset for CR1.

Could you be more specific?
Top

Rotonen wrote: We're going to have a full playerset for CR1.

Could you be more specific?

Do we need or even want run?

Dodge animations can be recycled from phases of other animations if necessary. Otherwise you just move the sprite around a bit without new sprite shapes required. The same should go for getting hit animations.

Shield block effects can be done with a shield particle effect to save frames.

Special attacks should also rely on gimmicks (particle effects, frame recycling, moving the sprite) to fool the eye, not on actual base sprite animation.

Stun, push and others should also rely on frame recycling. That is if we even will need stuff like push. This would IMO fall into specials anyway.

So, to summarize a bit:

Everything else I see as doable via gimmicks which do not drive our equipment artists insane. Minimalism is a really good goal here.

If I missed something or if you oppose anything, let me know. We need to sort this out.

From this very same thread, one page back. I never got a good response from anyone to that scheme so I'm assuming we're going to implement that fully and then see if I forgot anything critical.
This message used to be meaningful.
Top

meway wrote: 1.) Two hand swing attack
2.) Attack animation for weapons which have a long stick in them
3.) prep magic

These are all the ones that are really needed
Top

I'm thinking I need to do a better job of articulating

It seemed clear to me that a complete playerset was necessary to proceed with anything. I wasn't sure if there was a confirmed list of animations, because, as Meway stated, sometimes things get discussed in IRC and are not recorded into the forum (which is our strongest organizer until a better roadmap comes along). But it seems THE list is not completely settled. Unless Rotonen's list is a GO, I suggest slight additions:

Temporarily, I like this list:
Stand
Walk
Sit
Dead (Can Lay Down be pulled from this for when we have a beach?)

I personally don't care for crossbow/gun for this game. Too mechanical. When I think "mana world" I think pure, natural, etc. (unless you put in the railroad to go along with those damned lighted miner hats, then by all means, gun it up!)

Backswings are the easiest way to implement some animated special skills (SOME special skills should be animated). Same with a secondary cast magic. It is exciting to see your character doing something new when you get stronger magic (or two casts can at least differentiate between attack and protect magics)

Might add kicking for 'unarmed' combat. All other unarmed attacks can be pulled from sword animations (except maybe double-punch!)

Am I way off base? My additions shouldn't effect equipment I think.
Top

You may produce anything there. Its all appreciated and will be eventually required I was just pointing out the ones we needed the most. Also Rotonen would like " those sprites to be made with the correct angle" If we are makeing a complete new sprite sheet.
Top

Last weekend I planned to rework the wiki to separate eA and TMW as well as provide a road map for CR1, including progress and requests. I think such an obvious plan would attract more contributors. So much work needs done, and many artists (or developing artists) are afraid to take initiatives. This is also why public forum is so important. If you can specifically request "Backslash animation - 2 frames" or whatever, you might get more takers. Also equipment and weapons are currently being heavily discouraged because the playerset isn't set (haha).

Done with the mostly off topic post.... mostly....
Top

Let's be more serious from here on out. This is a CR1 topic. It might as well be open to trolls if we continue as we have been.

Meway has taken over management of the playerset, at least until Fother's return.
I will still be focused on 2 handed swing.

We want to get beyond all this equipment bottlenecking and layering. I'm fed up with it.

Len has shown that TMW characters all look alike despite notions of diversity and that a class system achieves diversity without blocking tons of work. TMW Players dress in incomplete armor sets. Even if they had a full armor set, that would be a case for a class system so that they do not have to wear inconstant but superior armor with the set.

The class system is likely going to happen.
Equipment can be pasted on to the existing playerset in various forms, but a fresh playerset that gets perspective correct is what Meway and I are shooting for eventually, one way or another.

Also a class system makes the game more interesting. Newbies can choose to become a class like mage, and move on to the higher fields of that class. And they are limited in their ability and what they can equip but have their own special abilities. TMW for 5 years has been nothing more than bad dress-up and "IRC with hats".

Few people even want anything to do with the current playerset.

Keep the 2 handed attack motion my job in any case, Meway.

If Rotonen approves the class system, then we move on to organizing that.
If no, back to the usual until it is learned others just won't want to help with it.
Last edited by bcs86 on 08 Feb 2010, 03:55, edited 1 time in total.
Top
Post Reply
106 posts