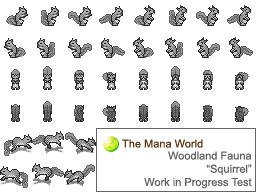 There's no attack or up down scurry movements yet, that's what's left to do.
squirrel-test-noattack.png (14.76 KiB) Viewed 2005 times

there are 2 options:
Top

Don't we only use shadows for flying things?

It's jumping, isn't that almost the same as flying?
Top

Jumping is a border case

We need to make a decision about shadow and fix existing sprites. But for now, use something just off gray for this shadow. 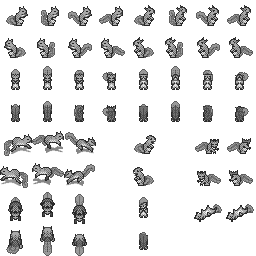 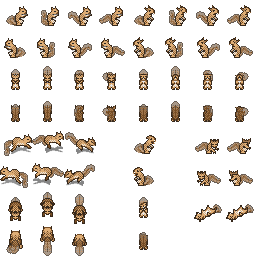