This forum is used to deal with abuse in game - abuse reports, bans etc.
Locked
1 post • Page 1 of 1

After several rude posts ordering developers around like little slaves, kereszte decided to send me two PMs essentially telling me they won't stop being disruptive. They seemed to be fishing for a ban, so the user is now banned for 7 days. They had 2 previous board warnings. 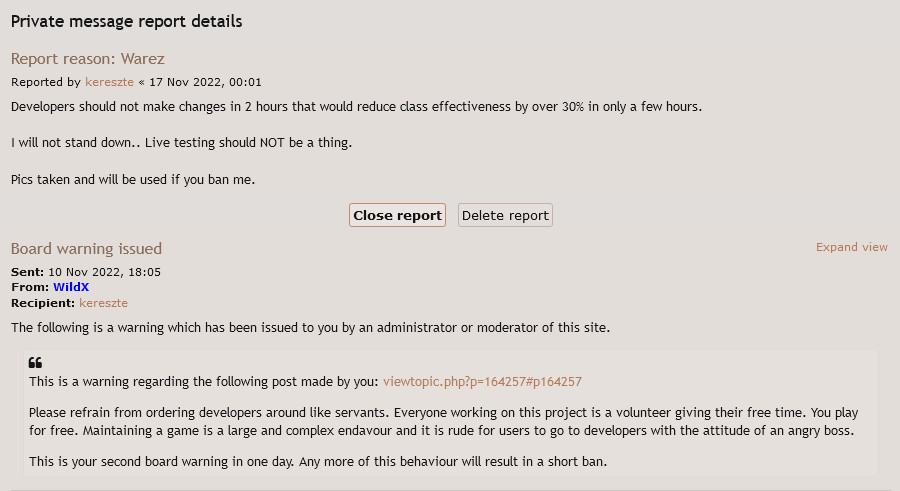 Screenshot provided as a courtesy and not required/evidence
fix.jpg (81.03 KiB) Viewed 178 times

* This ban does not apply to game servers.