All development of pixel art, maps and other graphics.
Post Reply
159 posts

Thanks jaxad0127. That's exactly what I did.

I have little time during the week because I work long hours. I hope to post an update on the weekend.
Top

Aren't those walls meant to replace the poor ones in Tulimshar?

Or do we need a [REQ] for new tulimshar's walls?

Aren't those walls meant to replace the poor ones in Tulimshar?

Or do we need a [REQ] for new tulimshar's walls?

no, tulimshar walls can be found here:
http://forums.themanaworld.org/viewtopi ... +tulimshar
but no one is working on them at the moment. maybe i find time to finish them.

Well, it would a nice and a quite noticed improvement...

Irukard has been doing quite some awesome work in this thread, but I can't see anything out of this in the tmwdata repo?

Is that ok? planned? or something?

Bertram wrote:I can't see anything out of this in the tmwdata repo?

This tileset doesn't have closed tiles layout. That mean, the layout may change, so it was committed in twart repo so far.
http://gitorious.org/tmwart/mainline/tr ... /New-walls


Bertram wrote:Is that ok? planned? or something?

Yes it is ok.
Planned? Yes - Layout should be closed before the end of year 2009. Until then I'm planning to make some changes and I can't guarantee that tiles stay on theirs places.
Retired chainsaw seller. CEO @ Advertising Agency N2P
Top

I spent a lot of time playing around with these tiles. Here are some of the results, hopefully someone likes them. 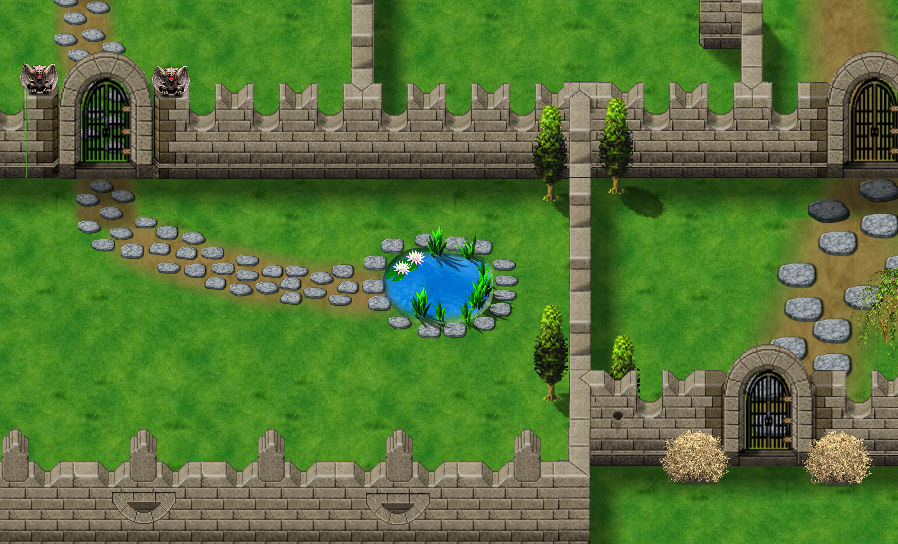 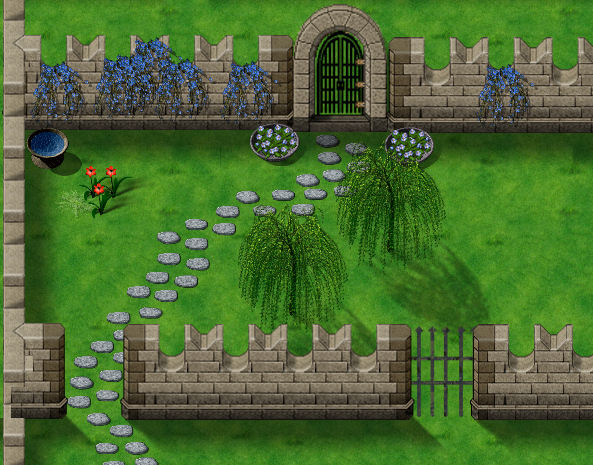 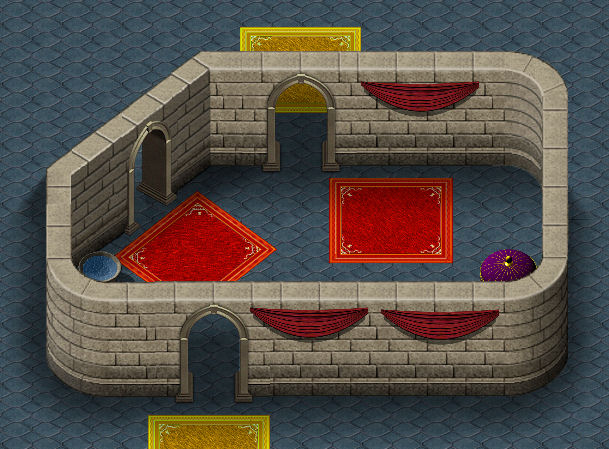 And another one. Enjoy! 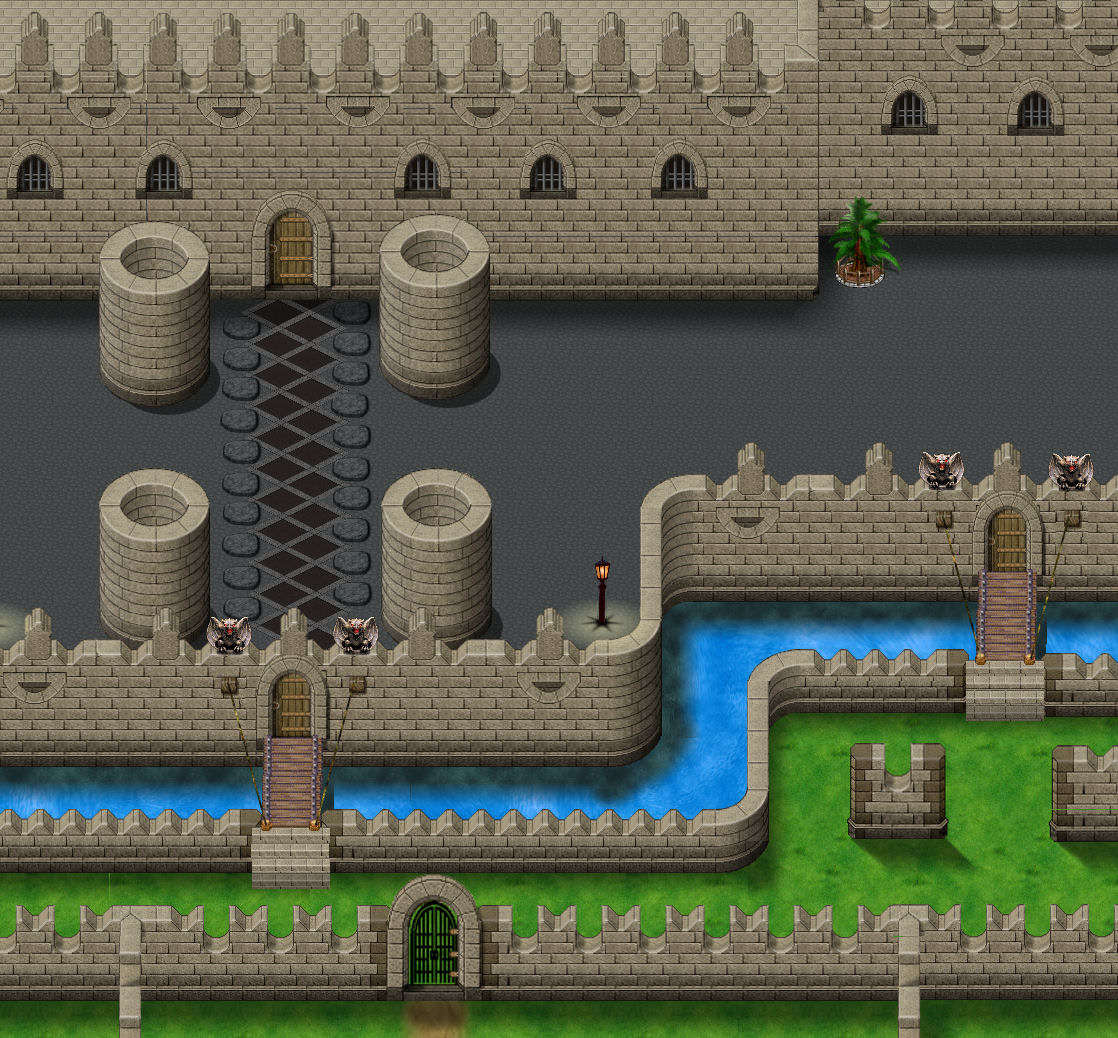 Arbiter Bestiarum: if you made those, then Great Job. Sadly it doesn't match our style.

Of course, I made these images myself

. Well actually it depends on how strictly you interpret the term. Some of the objects are from other places such as the Dundjinni forums, but most I rendered myself. I also wrote an object-oriented map editor for compositing tiles and objects into maps which I used to create these images.

I was thinking, maybe you want to use some of the pieces I created, that's why I am posting here, to test if there is some interest, and also as a way of saying thank you for the nice graphics posted here

Is the art you took from other places GPL compatible? If not, then we can't use and you shouldn't post it.


Arbiter Bestiarum wrote:I also wrote an object-oriented map editor for compositing tiles and objects into maps which I used to create these images.

Some ideas are indeed interesting. Some are awful, and shows how to not remodel tiles.


Arbiter Bestiarum wrote:Of course, I made these images myself :roll:. Well actually it depends on how strictly you interpret the term. Some of the objects are from other places such as the Dundjinni forums, but most I rendered myself. I also wrote an object-oriented map editor for compositing tiles and objects into maps which I used to create these images.

Holly crap man! You still does NOT understand what GPL mean. If in this "set" is at least one thing with incompatible licence you can not use it on terms of GPL.

Btw in hurts me a lot what have you done with my work. You made perspective inconsistent, broke colour scheme for wood, used walls indoor - which have different light source and shading.

But it's GPL. There is only one thing you can not do - change the licence for incompatible one. By adding any objects released on other licences (CC BY NC, etc) you are poisoning free (form freedom) art and it may inflict a lot of trouble in future.

So... DO NOT COPY-PASTE without understanding what you are copying.

So much anger... all I did was politely posting a couple image a spent many hours on making.

But let me answer the questions anyway:

The images are blurred for two reasons, first they are compressed jpeg because this board has a filesize limit of 256k. Second, not all objects used in these maps were at the same resolution, so there was some resizing.

You are mistaken to believe I do not understand the GPL. I understand it perfectly well. I just think I am within its bounds. GPL works can include public domain, for example. Everything posted on the Dundjinni forums is public domain, unless specifically stated otherwise.

Even if not, I am not "poisoning" anything. These images are meant to explore some possibilities and show some objects that I have made myself, such as most of the plants, the stepping stones, the water basin, the doors. They are not meant to be included in the game as they stand.


@jaxad: from the screenshots I saw, it does not look like tiled could make the kind of images I posted. I will take a look anyway.
Top

The only things you do that tiled can't are things like the light aura. If you make a tileset out of the tiles you made and got from elsewhere, tiled will do it fine.

The light source and shadows are inconsistent among each other, for example on the test picture with the willow trees the shadows are projected in a different direction from the red flowers in the same test picture.

Most of the shadows on the trees and bushes etc are not following the current guidelines for the light direction at all.